A downloadable game for Windows, macOS, and Linux

Katja's Abyss is on Steam: https://store.steampowered.com/app/1586270/Katjas_Abyss_Tactics/

Steam Keys: If you have already purchased Katja's Abyss on Itch, you will be able to redeem a Steam Key that you can use to add the game to your Steam library. You do not need to purchase the game a second time to get it on Steam. 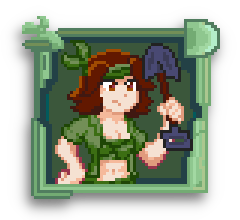 "So you're the captain they just promoted at Echo Mining Corp, yeah? Listen, you've got the task of leading our crew of brave miners and engineers into the dangerous caves of Montmane. Your goal is to collect potent runoff from volatile Nodes of energy in the walls.

This mountain has a mysterious history, though, and you'll be pivotal in my research. Creatures native to the caves have been warped by the powerful energy in them, so watch your back. For my sake, I'm here to study them!"

Scan the walls to find safe spots to dig with mining units.

Build combat units to attack and defend against monsters that lurk in the caves.

Collect energy from the cave walls to build new units and complete the level.

Make tactical use of each unit's unique abilities and modification options.

Katja's Abyss: Tactics has Campaign and Infinite modes. In Campaign Mode, there are 8 sequential levels with a connecting story. Infinite Mode tests your skills in Normal and Deadly difficulties. See how deep you can get!

In the caves, you'll find Artifacts while digging or fighting monsters. Open the extras menu to read more about these Artifacts and learn about the ancient people whose ruins are left behind in these caves!

Want to get uncompressed WAV files for the Katja's Abyss soundtrack? Pick it up at onehundredthousand1.bandcamp.com/album/katjas-abyss-tactics-soundtrack. Alternatively, buy the Special Edition of Katja's Abyss: Tactics, and get the full soundtrack, along with other extra content from the game's development! 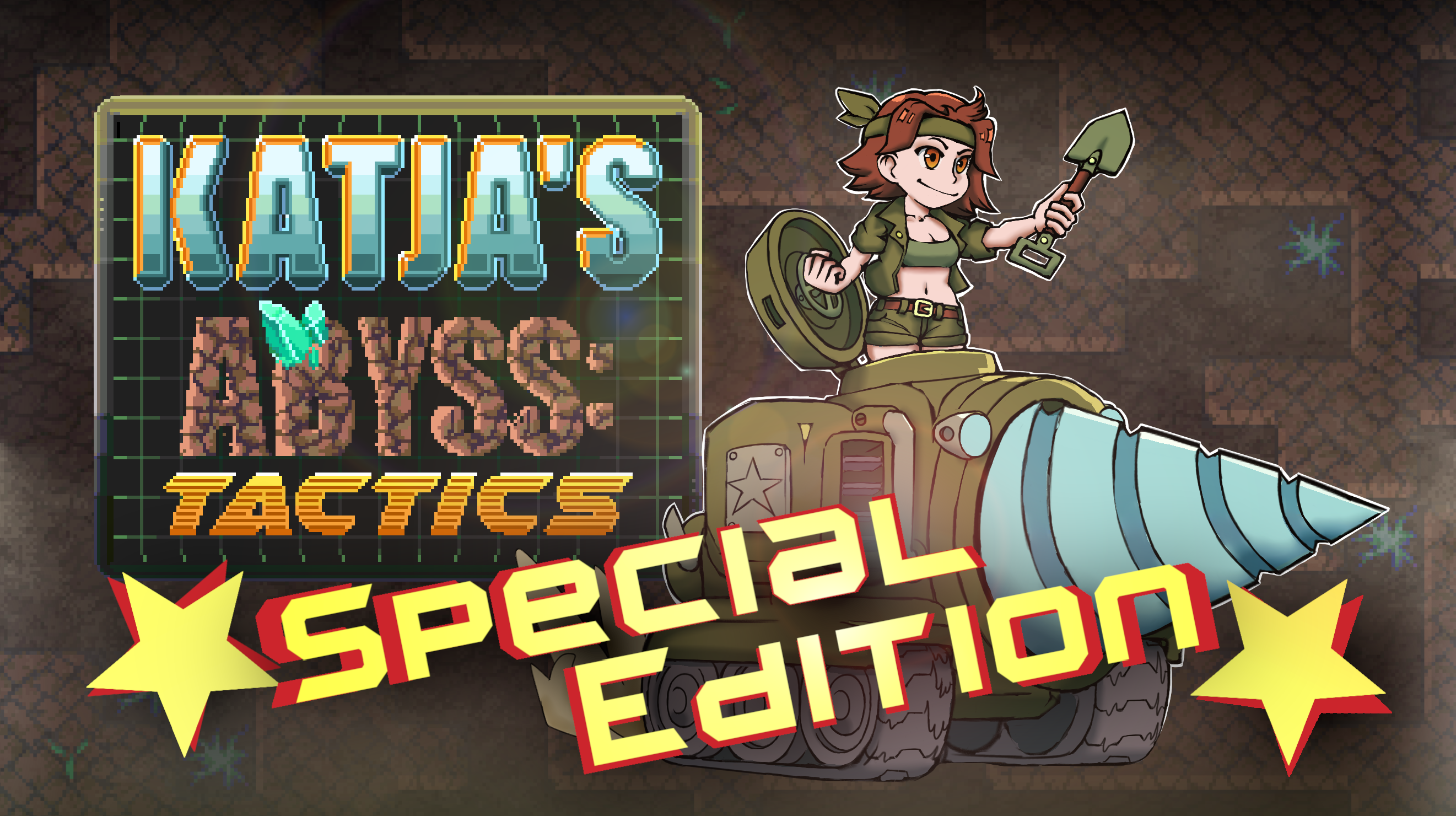 When you pay $15.99 for Katja's Abyss: Tactics on Itch, you get access to the Special Edition folder in addition to the full game. Download KA_specialedition.zip after paying $15.99 to get:

In order to download this game you must purchase it at or above the minimum price of $4.99 USD. Your purchase comes with a Steam key. You will get access to the following files: 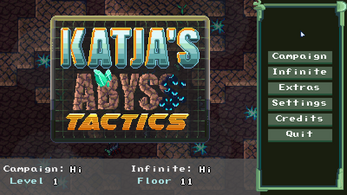